Every four years community members are elected to seats on the Santa Cruz County Democratic Central Committee—which serves as the “steering committee” for the party. All 22 seats are open, representing each supervisorial district. 1st district (5 seats); 2nd district (5 seats); 3rd district (5 seats); 4th district (2 seats); 5th district (5 seats). The number of seats in each district was determined by state law in relation to voter turnout in the last general election.To run for one of these seats, you will need take out nomination papers at the county Elections Office and gather 20 signatures.

SCCDCC is the official governing body of the Democratic Party in Santa Cruz County, representing over 75,000 Democrats throughout the county.

Candidate filing period for the SCCDCC election began Monday, January 4, 2016 and ends on Friday, March 11, 2015, at 5:00 PM. Democrats in each Supervisorial District will elect from 2 to 5 members to the SCCDCC. Any registered Democrat who wishes to run for an elected seat on the central committee may do so.

In order to run to be a member of SCCDCC, you must:

If you have any questions regarding the Democratic Party of Santa Cruz County, please call us at (831) 427-2516 or email cruzdemocrats@icloud.com

Attachment A of the Candidate Guide.

Campaign Finance Disclosure: When the candidate receives nomination papers, he/she will receive an informational manual prepared by the FPPC and the appropriate forms that give specific information. Generally, the form is required if the candidate plans to raise or has raised over $2,000 (increased from $1,000 effective 1/1/2016). Be sure you read and understand these requirements in full.

Code of Fair Campaign Practices (optional): By subscribing to the Code of Fair Campaign Practices, a candidate vows to follow the principles of decency, honesty, and fair play. Subscription to the code is optional. Completed forms are to be filed with the Registrar of Voters, and shall be retained for public inspection until 30 days after the election.

Statement of Economic Interests (Form 700): Form 700 is not required to be filed by candidates running for central committee.

Why do some Supervisorial Districts have more elected members on the central committee than others? The central committee currently allots members according to a formula found in the California Elections Code Section 7200. Essentially, the number of seats represents the percentage of voters in the Supervisorial District that voted for the Democratic nominee for Governor in the previous gubernatorial election. The number of members are thus based on the number of people in the district that voted for Governor Jerry Brown in the 2014 election.

Okay, so could you give me examples based on what happened in the last central committee election? In 2012, there was only one competitive race on the ballots, for District 3. No elections appeared on the ballot for Districts 1, 2, 4, and 5.

What happens if someone wins the election but for some reason is not able to take office? Will the seat be offered to the next highest vote getter? Not automatically, no. The seat will be declared vacant and the central committee will vote to fill the seat.

May I run for another race on the ballot? Yes. Running for another elected position does not preclude running for central committee.

Should I get more than 20 nomination signatures? Generally speaking, yes. You are required to submit 20 valid signatures. If the Registrar’s Office invalidates any of your nomination signatures for any reason (i.e., they signed too many nomination papers, their signature didn’t match the records, the address was listed wrong, a circulator didn’t live in your district, or a circulator filled out the form wrong so an entire page was invalidated, etc), you want to make sure that you have enough additional signatures to make up for any that were invalidated. The Chair and the central committee will not suggest the number of signatures you should submit. That is your determination to make based on the advice given.

Are there other ways to get involved with the SCCDCC if I do not get elected? Yes! Absolutely. We have many committees and each elected member and Ex-Officio member is permitted to have an alternate. We would love to have you!

Endorsements for SC School Board and City Ballot Measures

Do you have a passion for POLITICS? 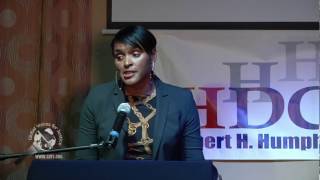